Robby Goldman, PhD Candidate in the Department of Geology, recently received special recognition from the Graduate College for his outstanding leadership service during his time as a PhD student. “I am truly humbled to have received this recognition,” says Robby, “especially since community outreach and service have been an integral part of my PhD experience.” Robby’s graduate outreach began with his involvement in UIUC’s Science Policy Group in the summer of 2017, when he helped organize a lab tour and public talk for Champaign state senator Scott Bennett. Shortly after, Robby participated in the 2017 Geoscience Congressional Visits Day as a representative of the Geological Society of America, where he met with the staff of several members of Congress to advocate for sustained federal funding of Earth science research. In 2018, Robby’s commitment to science policy outreach grew as he assumed leadership of the UIUC Science Policy Group’s Advocacy Committee from 2018-2019, while also representing the College of Liberal Arts and Sciences at the 2018 American Association for the Advancement of Science’s Catalyzing Advocacy in Science and Engineering workshop. Robby was also part of the first policy cohort of the American Geophysical Union’s Voices for Science Program in 2018. Since 2019, Robby has served as the North Central Section representative of GSA’s Geology Public Policy Committee, which reviews and revises policy position statements available to GSA’s 20,000+ members for guiding science policy and outreach activities.

Outside of Illinois, as part of his NSF Graduate Research Internship, Robby has studied the role of public science communication during the 2018 eruption of Hawai‘i’s Kīlauea volcano in collaboration with scientists at the U.S. Geological Survey’s (USGS) Volcano Science and Earthquake Science Centers. Robby has presented the findings of this research, which have been written in two academic articles currently in review, for undergraduate volcanology classes at UIUC and Pomona College (Robby’s undergraduate alma mater). Robby has also given colloquia on his research for several Earth science departments in the U.S. and Canada, two seminars for the USGS, and as oral presentations for the 2020 and 2021 American Geophysical Union Fall Meetings. In fact, Robby was a 2021 recipient of AGU’s Outstanding Student Presentation Award for his talk on Hawai‘i communities’ perceptions of sources and messengers of 2018 eruption information.

Finally, Robby has been a tireless advocate for diversity, equity, and inclusion within science and academia more broadly. From 2020-2021, Robby volunteered in several virtual events with Fulbright Prism, a non-profit organization dedicated to providing resources and community support for LGBTQ+ Fulbright award recipients and alumni. Robby was also a founding member and President of Fulbright Prism’s first U.S.-based regional chapter, for which he collaborated with two other LGBTQ-identifying Fulbright alumni to organize virtual social events, including a drag-themed brunch and trivia competition. Robby also played a leading role in organizing virtual meetups for LGBTQ+ attendees of AGU’s 2020 and 2021 Fall Meetings.

Prof. Trish Gregg, Robby’s PhD advisor, spoke highly of his impact on the University and the Department of Geology as well as her personal research lab.  “I feel incredibly fortunate to have the opportunity to work with and learn from such a gifted and passionate scientist and advocate. Robby is a wonderful community member and colleague and will no doubt continue to be a great leader in the field the future.” 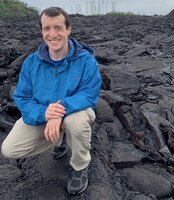 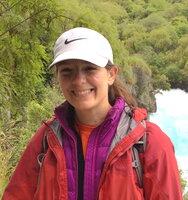