Ralph L. Langenheim Jr., Professor Emeritus of stratigraphy and paleontology, passed away on August 3rd, 2019, at the age of 97. Ralph was born in Cincinnati, Ohio, on May 26, 1922, to Ralph and Myrtle Langenheim; he is survived by his wife Casey, children, step-children, and their children.

During the Second World War, Ralph was an officer in the Navy, and served on LCI (Landing Craft Infantry) 551 at Utah Beach during the Normandy invasion. Ralph did not talk very much about his service experiences at Normandy, but sympathized deeply with the hardships facing soldiers as they landed. Offshore, ships came under artillery fire, and Ralph noted that ‘being shot at does awaken your awareness to the uncertainty of life.’ Interviews with Ralph’s by the local public radio/TV station can be found by visiting will.illinois.edu and searching for “Langenheim.”

During his professional career, Ralph specialized in stratigraphy and paleontology, his primary paleontologic interests in Late Paleozoic corals, brachiopods, fusulinids, and conodonts. But perhaps Ralph’s first love was for field geology. He spent many field seasons mapping in the west, mostly in the Arrow Canyon range of Nevada, the work providing material for student research and theses at all levels. Ralph inherited the fall week-end field trip course developed by Harold Wanless, and over a number of years, he directed and taught in the department’s field course in Sheridan, Wyoming. In 1969, Jim Granath (BS, ’71; MA, ’73), Ted Labotka (BS, ’71), and Bill Brackin (BS, ’70) were plucked from the Sheridan camp to help with ongoing Nevada mapping and eventually become authors on a publication. Granath recalls: “Ralph did things like that for a lot of students. Students are molded by contact with faculty, and Ralph was certainly a major formative force in our careers. We will all be forever grateful for that.” For a few years in the late 1970s, Ralph taught at the University of Kentucky geology field camp; Kentucky professor Frank Ettensohn (PhD, ’75) said that Ralph’s programming still can be seen in the Kentucky course. Joan Crockett (BS, ’83) described his style in this way: “Doc [Langenheim] did not spoon feed us, and we learned many lessons, shared many laughs, and sometimes endured his sharp humor. He taught us to think for ourselves and to laugh at ourselves.” Comments from Mike Bourque (MS, ’78) summarize the nature and influence of Professor Ralph Langenheim: “Ralph was generous with his time and guided me through my teaching assistant duties in a way that served me better in my professional and personal life than the rigors of academic research. On an interpersonal level, I considered Ralph a bit gruff, but I loved his wry sense of humor. At times I felt ignored but I came to know he intended to give me space to make mistakes and learn from them. He was a key enabler of my professional success. Whenever I reflect on my experience at Illinois, my thoughts always carry me back to Ralph along with a smile and deep appreciation.”

In retirement, Ralph’s primary emphasis turned to local politics where he was a long-term member of the Champaign County Board, and ultimately esteemed highly enough to receive an extended ‘Life Remembered’ story in The Champaign-Urbana News-Gazette after his passing, the author noting that Ralph was known for his ‘ornery’ yet typically cogent commentaries on matters of concern to the board. The free-spirited and engaging Ralph Langenheim will be widely missed. 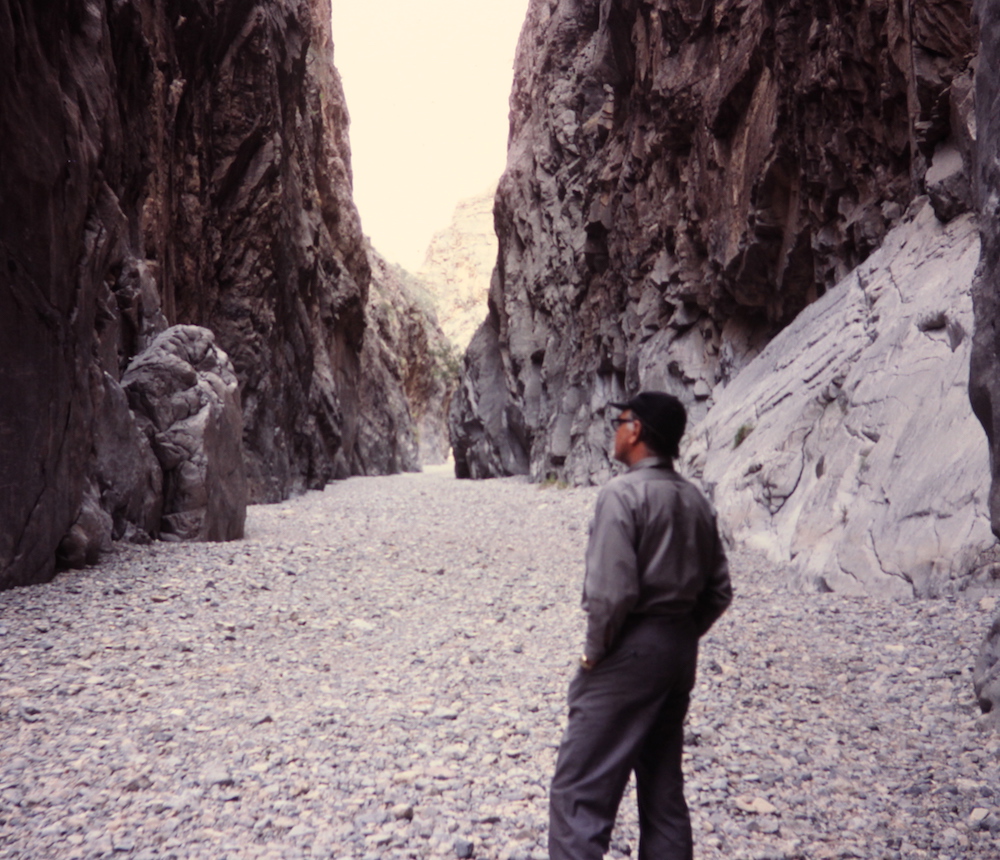