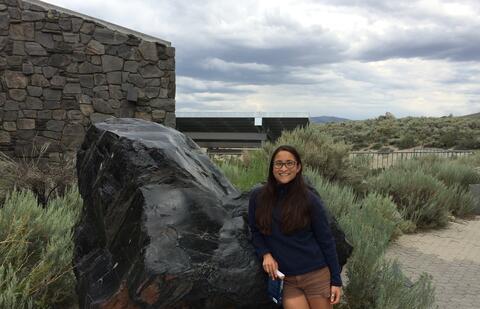 ABOUT ME: I began my PhD in 2014 with Professor Tom Johnson.  My research focuses on stable isotope systematics of redox-sensitive elements, like tellurium (Te), antimony (Sb), and selenium (Se).  I am also interested in the impacts of coal ash on surface and groundwater.  As of February 2020, I will be a visiting research student in Professor Claudine Stirling's lab at the University of Otago and co-hosted by Dr. James Pope (CRL Energy) as part of a Fulbright Research Grant. 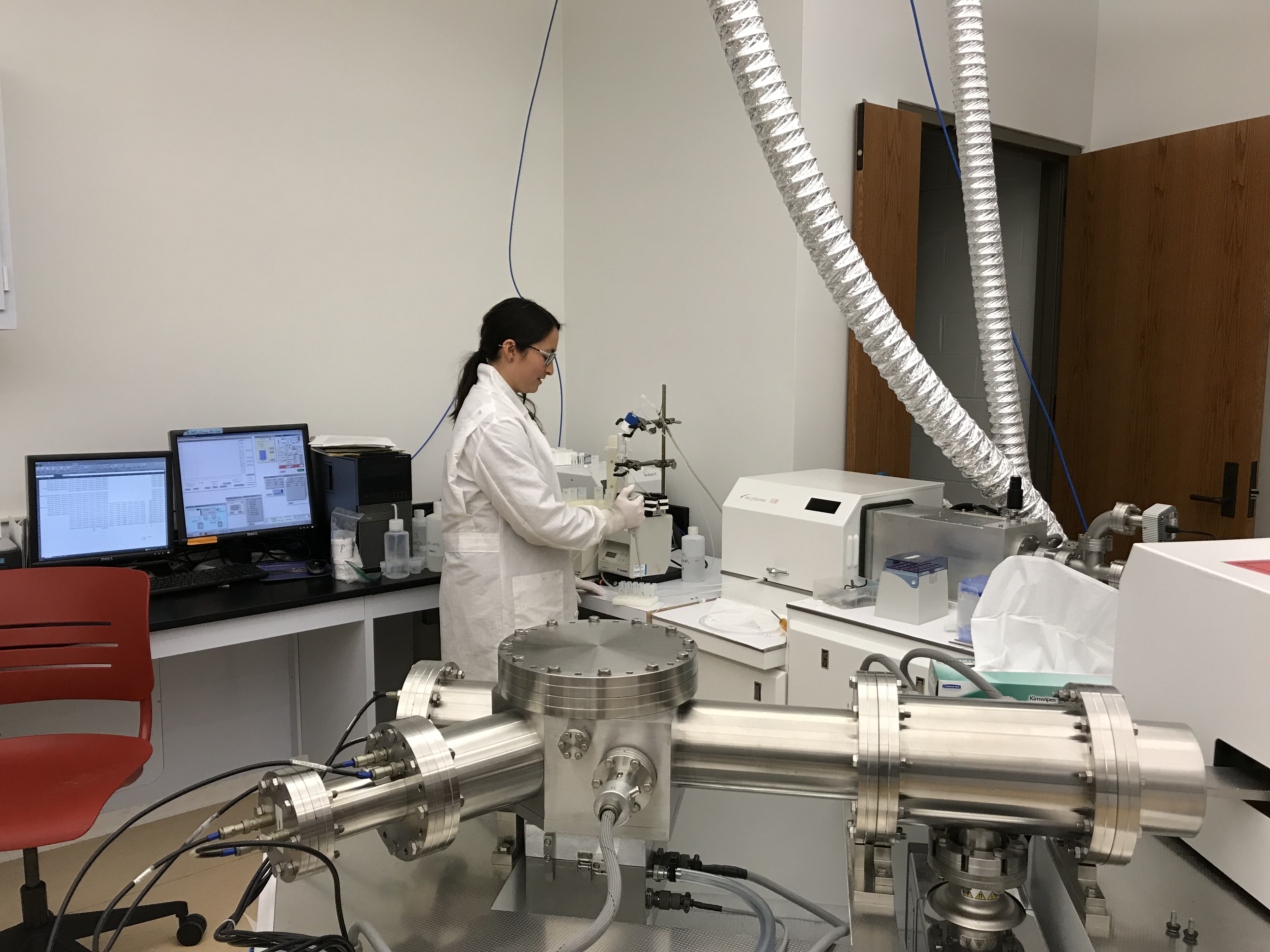 Te isotopes: I am exploring the potential for use of tellurium isotopes as a paleoredox proxy in Precambrian paleosols and near-shore sediments. This involves developing methods for digestion of sediments, purification by ion chromatography, and sample introduction by hydride generation.

Sb isotopes: Sb is an emerging contaminant often thought chemically similar to arsenic, its neighbor on the Periodic Table.  I am investigating the use of Sb isotopes to trace its redox-behavior and mobility to further understand important biogeochemical processes that cycle Sb.

Se isotopes: While Se is a micronutrient, it can be toxic to humans and animals at moderate concentrations. Several studies out of our group and others show that mass dependent kinetic isotopic fractionation occurs during abiotic and biological reduction of Se(VI) and Se(IV) and to a lesser extent, during sorption.  However, little is known about potential isotope shifts during oxidative dissolution of Se-rich minerals. I am conducting lab experiments to examine possible fractionating pathways involved with this process.

Coal ash: Lax environmental regulation over the last half century and the decline of the coal industry has led to the closure and abandonment of coal-fire power plants and their associated impoundments. Often these impoundments are located on waterways and are unlined and/or actively bering eroded.  The coal ash in these impoundments contain high concentrations of toxic metals and metalloids (As, Sb, Se, Cr, etc.) which may leach into adjacent waterways through numerous biogeochemical reactions. Little is known about the conditions in-situ that lead to mobilization of these elements in the impoundments. Tiffany Vlahopoulos, Robert Hill, and I sampled local waterways to (1) identify certain geochemical or isotopic proxies that may fingerprint coal ash leachate, (2) study the "leachability" of certain redox-sensitive elements from fly ash, and (3) understand how the hydrology and redox geochemistry of the impoundment, groundwater, springs, and river impact the accumulation of these elements in sediments and local biota. 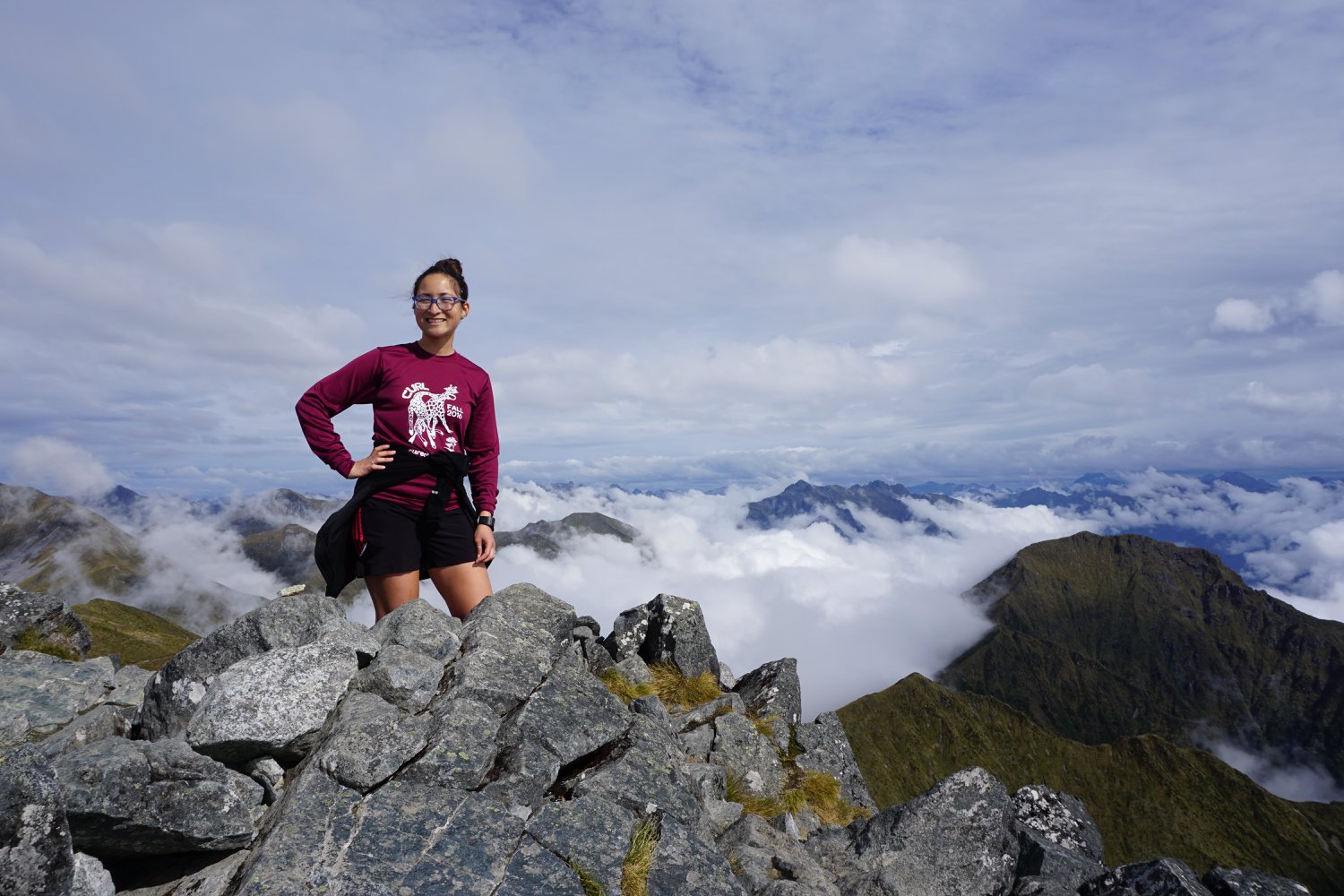